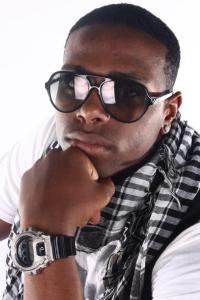 Things are heating up on the Jacksonville, North Carolina club scene, and Ron Reed is the man providing the heat. As the CEO of MVP Promotions, Reed is handling the promotion for a number of events in the Jacksonville area. Jacksonville nightclub, Alexander’s, is where Ron Reed has made his name, but he has plans of getting more clubs under his belt.

Nightclub promotion is only one aspect of Ron Reed’s MVP Promotions, as the company also has a roster of models and a twerk team. Reed is also interested in marketing his company toward the teen audience, wanting more young adults on his street team. In order to make this happen, MVP Promotions’ team is making appearances on local college campuses.

While pleased with the success MVP Promotions has had in less than a year in Jacksonville, Ron Reed envisions a future of more clubs and more cities. However, Jacksonville has embraced his movement. Because of this, in the eyes of many, Ron Reed is Jacksonville’s MVP.

The Untouchable Maybach Empire: Maybach Music Latino
Is it Time to Accept the End of G-Unit?