Skip to content
You are here
Home > Articles > Is it Time to Accept the End of G-Unit? 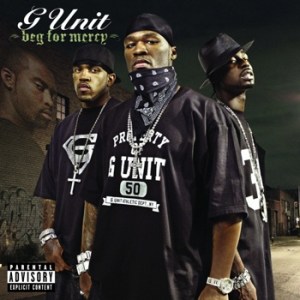 It would take a lot to get 50 Cent and Lloyd Banks to take a picture with Young Buck, but this was not the case nine years ago. For over a decade, G-Unit has been on the tip of everyone’s tongues, primarily due to their leader, 50 Cent. Even before he was famous, 50 Cent was one of the toughest figures in the game. During his days on the streets, 50 Cent always saw more for himself.

50 Cent is one of the most-powerful businessmen in the world, he has sold millions of records, and he found a way out of the ghetto for himself and his crew. Along the way, 50 Cent has helped build many other stars. The legacy of Dr. Dre was solidified when he established Eminem and Eminem’s own legacy was cemented when 50 Cent emerged, paying additional dividends for Dr. Dre.

Given the success 50 Cent and G-Unit experienced, he nearled legendary status, at one point. Recently, Young Buck, who joined G-Unit right before the Interscope deal, interviewed with Hot 97, saying he would return to G-Unit, if the opportunity presented itself. Previously, Young Buck angrily left G-Unit and began feuding with 50 Cent in the same manner The Game did, three years prior. There is no denying the impact G-Unit, both the crew and the record label, have had on the rap game from 2003 through 2005, but the years since have been a struggle.

Before providing countless hits to Interscope Records, G-Unit released several street offerings, leading to 50 Cent becoming the underground king of New York. 50 Cent had been signed to Columbia Records and planned to release his debut album, Power of the Dollar, in 2000. On his way to a video shoot for the next single from the album, 50 Cent was shot and left for dead. While in the hospital, 50 Cent learned he was dropped from the label and own his own. Initially dismayed, 50 Cent released the album on the streets and began releasing waves of new material for the streets.

New York City was not the only place where 50 Cent was making a name for himself, as Eminem soon got his hands on 50 Cent’s street album, Guess Who’s Back. Upon hearing the body of work, Eminem played it for Dr. Dre and flew 50 Cent out to Los Angeles to meet him. Dr. Dre also met 50 Cent and both signed him to their respective record labels, Aftermath Entertainment and Shady Records, both subsidiaries of Interscope Records. Suddenly, 50 Cent had gone from the champion of the streets to the most-popular rapper in the game, once his 2003 album, Get Rich or Die Tryin,’ sold 11 million records, worldwide.

Interscope Records awarded 50 Cent for his impressive work, granting him a vanity label, which became G-Unit Records and was soon the home for the G-Unit group, along with Lloyd Banks, Young Buck, and Tony Yayo. Established as the biggest artist in the game, 50 Cent shared the spotlight with Lloyd Banks and Young Buck, as Tony Yayo was completing a prison sentence. Before the end of 2003, 50 Cent delivered a second release, the G-Unit album, Beg For Mercy, which was met with critical acclaim, including praise from Ice Cube.

The stage was set for 2004, as 50 Cent took a backseat, allowing the spotlight to focus on Lloyd Banks and Young Buck, having them collaborate with big-name artists and release their own singles. When Lloyd Banks and Young Buck released their debut albums, they both went platinum. Alongside popular rap artist, 50 Cent could add hip hop mogul to his list of accomplishments, showing much improvement from two years prior. With G-Unit dominating the rap game, Dr. Dre decided to add his artist, The Game, to G-Unit to start his career.

From the beginning, there was no denying the chemistry between The Game and 50 Cent. As a duo, the two released a number of hit singles within months of each other. Those who had followed the G-Unit movement from their humble beginnings had to be proud to see the movement had branches all over the United States, with The Game making a presence on the West Coast for the crew. Soon, the West Coast support ended, as 50 Cent seemed to crumble under his own weight, dissing Fat Joe and Jadakiss for collaborating with his longtime rival, Ja Rule, who 50 Cent thought he ended a year before.

Regardless, G-Unit continued to make hits, so 50 Cent continued to make money. 50 Cent had played the role of underdog for many years. After being shot and then banned from the record industry, 50 Cent overcame everything to still become a multi-platinum rapper and the leader of the game’s hottest crew. However, the list of enemies mounted, as 50 Cent soon added Nas to his list of rivals, which is where The Game drew a line. Growing up fans of Fat Joe, Jadakiss, and Nas, The Game could not stand by 50 Cent as he dissed his idols, leading 50 to publicly out him from the crew and making another enemy.

At the time, it did not seem to be a big deal, as The Game’s departure was followed by 50 Cent signing Mobb Deep and M.O.P. Clearly pleased with his work, 50 Cent’s music began to change, as he released “Window Shopper,” taunting his rivals. While the song was another hit for 50 Cent, it was the beginning of the end of G-Unit, as Mobb Deep not only sold poorly under G-Unit, they also disappointed critics. Lloyd Banks suffered from low sales on his sophomore album, as did Young Buck, and eventually 50 Cent, leading him to blame Interscope Records and soon ban Young Buck.

Initially supported because he was the underdog, 50 Cent created another anthem in 2007, with “I Get Money.” The fans loved the song, but 50 Cent was the rapper who delivered “Wanksta” and “Ghetto Qu’ran.” No longer able to relate with fans, who no longer expressed interest in G-Unit, 50 Cent watched as Lil Wayne replaced him. 50 Cent soon reverted to picking fights with popular rappers to keep his name in the spotlight. Regardless of the records he sold, which were few, 50 Cent had businesses to run and he used this in his feud with Rick Ross, which turned out to be a loss when Maybach Music took over the game and with Ross in front.

Currently, Lloyd Banks is back to delivering mixtapes to the streets, although he never stopped. Outside of 50 Cent, G-Unit is no longer on Interscope Records. 50 Cent says he will top Get Rich or Die Tryin’ with his next album, but he is richer now than he was when he released his last album. Former G-Unit member, Young Buck, has even expressed interest in returning, but G-Unit is not the same anymore. As a crew/label, G-Unit cannot have the impact they once had because of the impact they once had. For 50 Cent, should he now focus on adding talented artists to his label, as opposed to releasing more albums?

Is it time to accept the end of G-Unit?