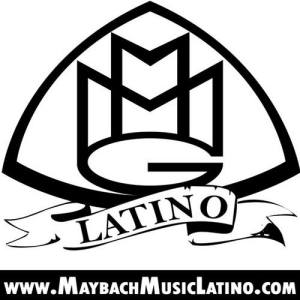 He said it and then he did it, hip hop has never had a figure like Rick Ross before. If hip hop were all about confidence, there would be no argument in Rick Ross’ status as the best-ever. Even those who criticize Rick Ross cannot deny the impact he is having on the game, as even his biggest haters like at least one of his artists.

Rick Ross went through many hurdles to gain this prominence, as he cemented himself as “the boss” of the rap game and then he focused on his record label, Maybach Music. On his songs, Rick Ross would often shout out Maybach Music, and his series of songs, “Maybach Music,” opened with the “mmmmmMaybach Music” line.

Three years after the first Triple Cs album, Maybach Music has gone from the butt of jokes by 50 Cent to the biggest hip hop supplier for Warner Bros. Records. In 2010, the iconic record label shifted their focus to hip hop and landed the Maybach Music deal on the heels of the label signing Wale and popular Philadelphia mixtape rapper, Meek Mill. Upon landing the deal, Warner Bros. hit the ground running with Maybach Music under the guidance of Rick Ross.

Turn on the television, listen to the radio, pick up a mixtape, long on to the internet and there will be at least one item of news, or music about or from Maybach Music. The obvious major players, the first faces seen, are Rick Ross, Wale, and Meek Mill, as they were placed into the spotlight first. After the big three, original MMG members, Torch and Gunplay have been building a strong buzz on the internet. Added to Maybach Music during the fall of 2011, Ohio rapper, Stalley, has also become one of the most-discussed rappers in the game.

Everything with Rick Ross is business, as he learned the game from Jay-Z and Diddy, two of the most-successful players. Before he even established the deal with Warner, Rick Ross launched additional branches of the Maybach Music label. In 2010, the ever-confident Rick Ross announced the formation of Maybach Music Jamaica and Maybach Music Latino. Based in Miami, Rick Ross teamed up with popular Miami entertainer and businessman, BaRock Urbano, to launch the sub-label. As the head of the Latino branch of Maybach Music, BaRock Urbano has signed a number of artists to the label.

With a proven track record in the area, choosing BaRock Urbano was a wise decision for Rick Ross. BaRock Urbano, commonly referred to as “U.B.,” was given the task of filling out the rest of the team. Quickly, he turned to his longtime business associate, Destinee, to help him run the company, naming her vice president of Maybach Music Latino. Not only is Destinee the vice president of the label, she also is one of the Maybach Music Latino artists. Those who give Maybach Music Latino a genuine chance are in for a pleasant surprise, as the roster of talent is full of humble artists, who are creating good music.

The motto at Maybach Music Latino is “making a name for ourselves outside of our name,” which is what they are in the process of doing. AG Cubano, originally from the Bay Area in California, has become one of the fan favorites from the label, as anticipation builds for his Power Trip mixtape. Nephew has also been making a name for himself in the public eye. The budding success of Maybach Music Latino is a part of the vision Rick Ross had when he founded Maybach Music Group. From the beginning, Rick Ross realized not everyone would like him and that he would not be popular forever, but with a deep roster, one who disliked him would likely favor his artists and when he is done, he has a host of artists to pass the torch to.