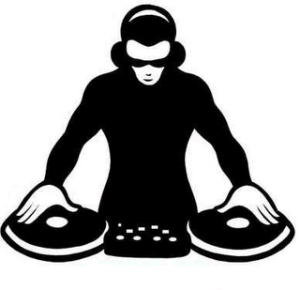 “You never thought that hip hop would take it this far,” The Notorious B.I.G. proclaimed eighteen years ago on his debut single, “Juicy.” Over the span of thirty years, hip hop has gone from a weekend hobby to a multibillion dollar business. Most of the media attention and acclaim goes to the rappers, but the hip hop game started with the DJ.

From the start, the DJs were the backbone of hip hop, as they remixed classic R&B hits. Soon, the MC, master of ceremonies, were introduced to promote the DJs, who mixed at parties. This led to the success of rappers, such as Kool Moe Dee, and other founding emcees. Following the success of the rappers, the focus shifted to the emcees, while the DJ faded into the background.

Hip hop soon found temporary homes on the screens of BET and MTV, as opposed to airing on weekends on public access channels and local television stations. As hip hop began to find media placement, many DJs were selected to be the hosts of the hip hop-oriented television programs, being dubbed “VJs,” short for video jockeys. While the programs were primarily about the rappers, the DJs were what the people saw on a daily basis. With DJs controlling the radio, releasing the mixtapes, and being on television, they are the ones the rappers have to turn to in order to gain fame.

Until recent years, with the emergence of DJ Drama and DJ Khaled, the DJs were background players. However, these DJs made it cool for DJs to act as artists, releasing albums and starring in videos. Both DJs have very high profiles, but most-importantly, they have played a part in the success of many of the best-known rappers in the current hip hop landscape. Among the names who have benefitted from those DJs include T.I., Rick Ross, Young Jeezy, Plies, and Ace Hood. All of those rappers have been featured on mixtapes, albums, and videos hosted by DJs Drama and Khaled.

The subject matter, style, and looks of rappers have drastically changed over the past thirty decades. However, as it was when DJs were the focal point of hip hop, rappers who are trying to gain entry into the game still have to go through the DJ. For rappers who want their music playing in clubs, on the radio, and on television, they will need the support of the DJs. While some DJs hope to gain fame, many are happy with the role they play. The DJs are not solely beneficial to rappers, as they help anyone who wants to have some sort of business in hip hop, for this sole reason, respect the DJ.