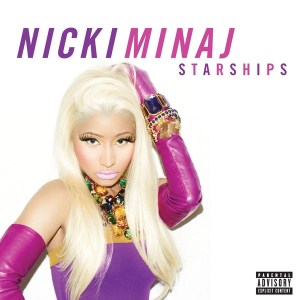 Even as she deals with the negative criticism, Nicki Minaj continues to break records, while dominating the pop charts. Nicki Minaj is preparing for the release of her second studio album, Pink Friday: Roman Reloaded. The second album from the femcee is to be released next week.

Originally, Nicki Minaj planned to release Roman Reloaded on February 14, 2012, Valentine’s Day. However, the album was delayed and later given an early April release date. While Nicki Minaj did not release her new album, which disappointed her fans, she did release the “Starships” single.

Recently, “Starships” sold an additional 174,000 copies. Her new single, “Right by My Side,” which features Chris Brown, is also meeting much success. However, her single from last month has added another platinum plaque to Nicki’s resume`.

Continue Reading
You may also like...
Related Topics:chris brown, nicki minaj, pink friday: roman reloaded, right by my side, starships