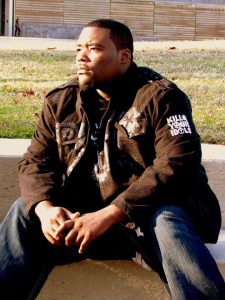 Often overlooked is the talent in North Carolina. Currently, the hip hop world thinks of J. Cole when they think of the hip hop scene in North Carolina. While J. Cole has rightfully made a name for himself, there are many other North Carolina rappers making names for themselves. Among those rising emcees is Stranga The Great, who has been releasing independent music for years. Without the support of a major label, Stranga The Great has held meetings with major record labels and has been featured in such hip hop magazines as Hip Hop Weekly.

Unlike some rappers, Stranga The Great does not rely on big names to sell his product. Stranga The Great follows a formula, which is actually very simple, he speaks his mind with no regrets. Like Roc Nation phenom, J. Cole, Stranga is also representing Fayetteville, North Carolina, showing the hip hop scene has much more to offer. Fayetteville’s hip hop landscape is on the verge of emerging the way fans have witnessed the growth in Miami, Atlanta, and currently Toronto.

While his name is Stranga, he hopes to familiarize himself with fans through his greatness. Far from arrogant, Stranga is aware of his worth, knowing he has what it takes to become a force in the game. Stranga The Great has built his buzz by utilizing the technology at the fingertips of everyone. However, it takes patience and dedication, two things Stranga obviously has. For those who have taken the time to listen, Stranga The Great is an interesting artist and could have a long-lasting career, with the right support.

Can you tell readers why you chose to name yourself “Stranga?” I adopted the name Stranga while only in middle school. It came to represent me being different, due to the fact of me being diverse mentally. Once translated into hip ,hop form it came to represent that I was a force lyrically and MC’s couldn’t see me so I was unfamiliar to them as a Stranger in some sense.

You have been putting in work for some time, how does it feel to watch it pay off? Yeah, I’ve been grinding forever trying to expand my name in every market the world has to offer and its been a challenge but one I’m willing to take head on. It’s a great feeling when I accomplish a new goal. Since I’m a fan of hip hop first the biggest accomplishments are always getting to meet and work with the artists who inspired me.

While you are currently in Fayetteville, aren’t you originally from Bladen County, North Carolina? I’m originally from Harlem, New York, but left there as a youth when my mother grew scared of the drug infested environment I was being raised in, during the 1980’s. Eventually, I wound up staying in a small town called Bladenboro in North Carolina with my grandmother, God bless the deceased. Even though staying in such a small town, I don’t think I could’ve become who I am without it. Shoutout to Bladen County.

How did you end up in Fayetteville? I moved from Bladen due to a nigga in my crew snaking me and complicating my life, legally and emotionally. Rather than engaging in the violence that we both wanted to partake in, I decided to go stay with a family member in another county. I was already doing most of my grinding in Fayetteville, anyway, so it became a better situation for me in the long run.

Among the big names you have worked with include Onyx? Yeah I was featured on a song with Fredro Starr and Chi King in 2010 called “Time Is Money”. A close friend and partner of mine Paul Ma$$on hooked that collab up for me. That collaboration was supposed to open some bigger doors for me, but sometimes things aren’t meant to happen.

What was that experience like? I was excited of course because I grew up a huge fan of Onyx and Ol’ Dirty Bastard, who was a mentor to Chi King. When I got the track with their vocals and realized that this was a reality I sat down and just zoned out. Chi King called me and was like “Son, you went it on that shit just like I wanted you to.” After that communications haven’t been the best but we still keep in touch from time to time.

When you have the opportunity to work with legends and big names, what do you take from that to help you improve on your own craft? Without being or coming of cocky (pause laughs), but I always knew I could rock on tracks with the best artists ever. I treat every collaboration the same regardless of who it is and try to outshine them with every bar, if possible. The one thing I do absorb from the collaborations is that flow is extremely important and some time more even than the lyrics that you spit.

How do you feel your subject matter differs from what many typecast for Southern rappers? Well, I grew up listening to East Coast hip hop. You either get gritty lyricism, conscious rap, messages of knowledge or hard edge street bangers listening to that. So I’m merely a disciple of those before me who I was raised on. Its important to me to be diverse and be able to adapt the the times and stay creative lyrically. I want to be able to conquer every aspect of hip hop so I have to well rounded.

What is your opinion on regional rap, overall? I don’t think that rap should be typecast by region, honestly. If you actually had industry coverage in each region then you will notice that each market has the same thing the other markets have. I live in the South, but I know some MCs who are extremely lyrical. On the contrary, I have been in New York and places like Chicago and heard dudes spitting like they from Atlanta. In my opinion, the West Coast is thriving for the golden era sound of hip hop.

From an independent landscape, you have pretty much done it all, have you considered going major? I don’t have a problem going major at all. Now, with that being said, I’m not stupid and I know I don’t really fit in with a major as an artist. I don’t want to conform and have to make the records that are selling right now. I have the abiltiy to make those records, but I don’t want to have to sacrifice my more underground side. I could benefit from the knowledge I would gain by going major and the marketing and budget but I prefer to be indie. That route gives me more freedom and I feel the fans of independent and underground hip hop can appreciate my style more.

You have actually met with major labels, how did those meetings go? Well, I attended a meeting with Def Jam and A&R Lenny Santiago, as a manager and producer for an artist I worked with named Tony Jones. A producer, who worked with Bad Boy and Suave House named Scoe, set it up. The meeting went well as far as them being impressed with the music we presented them with. Lenny was even beating the table along with the beats I had made and said me and Tony Jones made a strong team and made great songs. Honestly, we weren’t ready at that moment for that to go down. We hadn’t built a big enough buzz to be able to get the best situation possible.

Doing all that you do, especially out of pocket, requires a strong business mind; tell artists who want to follow in your footsteps how important knowing the business is? Business is everything because the people in the industry you will encounter are not going to do anything for free and they will not share any information to you. You have to learn how to network with other like minded people who grind and learn how to utilize the most affordable ways to get your brand out there. Networking has been the biggest tool that I’ve learn to use. Social networking is the best because you can actually meet industry professionals and artists and communicate with them and build relationships.

Tell us more about your role as a producer. My music has had some placements on some MTV shows in 2004. I’ve worked with numerous artists locally and a couple throughout the US, but no major artists.

Can you explain how one of your songs ended up on MTV’s “Pimp My Ride” and what that experience was like for you? One of the DJ’s I was in a crew with named DJ Crunch had an opportunity with a music supervisor at MTV. He handled “Pimp My Ride” and a few other shows at MTV. He sent them some of my beats and they actually played them on a couple episodes which was the first taste of an actual accomplishment for me. I’ve been seriously pursing since 2005, the other years I will consider those the training years. I did my first recording in 1996 and wrote my first rhyme in 1990. I feel old saying that.

Did Ja Rule ever exist?
Seventeen Years Since the Death of Eazy-E