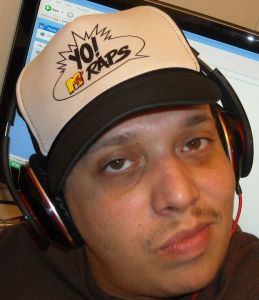 Nearly every weekend, since October, Hip Hop Vibe has given the people a chance to listen to “The Anchor Show.” Aside from the opening intro, the only time V!RTU is heard is when he is providing commentary. Years before joining 103.5 FM as host of “The Anchor Show,” their hip hop series, V!RTU has been rapping on the independent scene.

Originally from the West Coast, V!RTU moved to North Carolina last summer and is still making a name for himself as a rapper. As a result, many only know V!RTU for his role as the host of the weekend hip hop radio show. Last summer, V!RTU was featured in the “On the Rise” section, discussing his career, as a rapper.

Hip hop has risen to become one of the most-popular genres of music. As it has been for nearly two decades, rappers are no longer simply rappers, they are among the faces of several multimillion dollar corporations. V!RTU, choosing quality music and maintaining his identity, over commercial success, is not a face for any companies, but he maintains full control of his career.

At a time when hip hop, although full of life, is still being criticized for being too commercial, V!RTU is a breath of fresh air. Sacrificing fame, V!RTU has stuck to his beliefs and his fans have benefitted. When the opportunity to do “The Anchor Show” came, V!RTU stuck to these same rules. The result has been a new radio show, which features more Chox-Mak and Mos Def (Yasiin Bey), as opposed to mainstream figures, Rick Ross and Lil Wayne.

“The Anchor Show” is a reflection of V!RTU, a true hip hop head. When he is not hosting “The Anchor Show,” V!RTU is in the studio, creating more music. The most-recent release from V!RTU was I Work Harder Than You! and he is now preparing two new releases for 2012. V!RTU has another solo release in the works and also a collaborative effort with an artist from Portland, Oregon. Hip hop is truly in V!RTU, as it follows him everywhere he goes.

Rick Ross is having a “boss” Impact on the Game
Respect the Hustle: Silent B Entertainment