Skip to content
You are here
Home > Hip Hop News > P.O. discusses Being an Independent Artist and Recording New Music 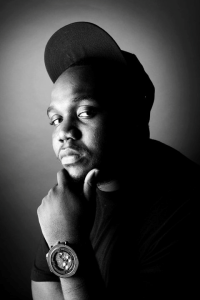 A rising star on the Charlotte, North Carolina hip hop scene, P.O. has a chance to make history. North Carolina, as a state, has made a name for itself for various reasons, but has yet to truly leave its mark on the hip hop world. It has taken ten years to produce two artists to actually gain national fame, Petey Pablo and J. Cole. While both artists were met with positive reviews, Petey Pablo did not enjoy a very long run and J. Cole has yet to truly make his impact on the game. Being fair, J. Cole is fresh off the release of his debut album, so only time will tell. Time is of the essence, something P.O. is fully aware of, as he is in the studio recording new music.

P.O. has dedicated the past few years of his life to recording music. Far from an overnight sensation, P.O. has been steadily releasing songs and videos, gaining traction. One of the many talented rappers on the Charlotte, North Carolina hip hop scene, P.O. is preparing to make big moves. In life, it does not take long to realize few things are done for people. More often than not, it requires a person to do for themselves, which P.O. has done. As he records his new music, it will be released through his own record label, Mademan Entertainment. Given the technological advances, it is not very difficult for an aspiring executive to establish a business, aside from a certificate; the only other requirement is a high-speed internet connection. 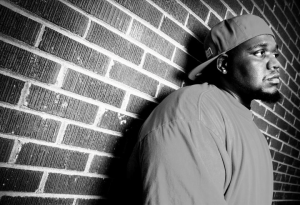 Even in the tough economic climate, it is easier than ever for a person to establish a business. Establishing a business is rather simple, but building a following, social networking aside, is still very elusive, as it takes hard work and dedication. P.O. has put in both and now finds himself on the verge of superstardom. In 2012, alone, P.O. has taken the stage with many big names in hip hop, among them OJ Da Juiceman. Artists, such as OJ Da Juiceman, Tone Trump, and Mac Miller have proven the only thing an artist needs to make it big is popular music. If there is a connection with the fans, hip hop can become something an artist can live off of.

Still early in his career, P.O. has reaped the benefits of the independent hip hop scene. Building his career from the ground, P.O. has a bright future ahead of himself and he discussed his current status in the rap game, along with the new music he is recording. Hip Hop Vibe caught up with P.O., as he was recording some of his new songs and he granted an exclusive interview.

What new music are you working on? Right now, I am working more onÂ a compilation project involving me and my team Mademan Entertainment. Look out for that project late spring/early summer. It is currently untitled, but I’ll release the title and artwork inÂ a couple weeks.

Do you have any solo projects in the works? I am always working onÂ new solo projects. As far a new solo mixtape or Album, I’ll focus more on putting that together after this Mademan Entertainment compilation mixtape is complete. I have so much faith in this project that it gets most of my attention, right now.

Did you imagine, whenÂ you started, you’d be as successful as you currently are?Â Actually, I imagined that I would be greater than I am today. When I started, my main goal was to be the best at what I am doing, so I dreamed itÂ and I prayed for the strength to climb the ladder to the topÂ and I feel that I still haveÂ a long way to go.

As an independent artist, how do you feel about the success of Tone Trump, Mac Miller, and other indies? I respect any artist who is willing to take the time to learn the game, adapt, and make his/her presence felt so much love to each and every indie artist who is grinding. Let’s keep up the good workÂ and get this money together. Leave the hate out of the equation.Â

If offered a major-label deal, would you take it? If theÂ money and the fine print is right, yes. But, for theÂ time being, I am focused on expanding my fan base, a record deal is not my main focus. My focus is making good music and maintaining a loyal fan base.