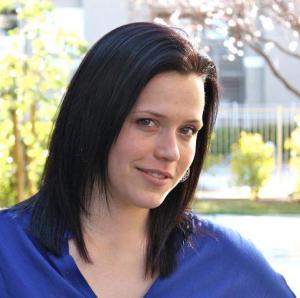 If there is ever a perfect chance to pursue a lifelong dream, now is that time. With the technological advances and the popularity of online social networking, there are several tools at the disposal of anyone with a dream. Since the internet has risen from an activity to a viable media option, many aspiring entertainers have gone to the internet to market their music. Emee-Kay is among those pursuing dreams.

Located in the Las Vegas area, Emee-Kay is one of the most-respected emcees in the area, holding her own against most artists in the area. Emee-Kay has built a name for herself and is a part of the growing Lims Records movement. Teaming up with one of the most-popular up-and-coming record labels in the area has done wonders for the young femcee.

Inspired by those who came before her and confident, after watching so many become successful before her, Emee-Kay is an imposing force. She conducted an interview with Hip Hop Vibe where she discussed her inspiration, her music, and her label affiliation.

What led to you choosing to become a rapper? Well, everytime I hear any type of rap on the radio, it would overtake me. I have always loved rap, I loved listening too it, since I was little, so I decided to try my hand at rapping.

How do you feel about the recent success of female rappers with Nicki Minaj and Kreayshawn? I love them. Nicki Minaj is one of my biggest inspirations, I love her style, how out there and different she is. She has blazed the trail, I am different from her, but I have picked up a few things from her. I love the creativity of Nicki Minaj.

What will the world see from Emee-Kay that has not been seen before? I have a unique mixture of adding rap and R&B. I’m not put into any category, I’m equally strong in rap and R&B. I have a very strong musical background, so it helps me with writing and coming up with new stuff.

Do you have any singles and/or mixtapes out now? In the next few weeks, I will release five singles to iTunes and will also add the singles to my social networking accounts. We will have a free music download day when my singles are released.

How long have you been signed to Lims Records? I am fresh, I have been officially signed for a month and we have gotten a lot done, so far.

Before being signed, how were you getting your music out? Mostly, through YouTube and social networking. I used to record and share it with family and friends. It was initially a hobby, I wanted to get serious with it, so I began promoting heavier.

How did your deal with Lims Records come about? It’s a cool, random, story. I met George (Lims Records CEO)Â on Facebook through a mutual friend, he went to school with and I danced with. He added me after seeing one of my statuses about being in Los Angeles to perform and I confirmed his request, we connected, met up, and then we set things up. Facebook helped put things together for us.

Social networking has changed the landscape of communication, how do you see it evolving over the next few years? I definitely think keeping up with all the social networking is key, especially for those interested in music. I got signed through social networking and many others have gotten discovered this way. A lot of people are getting discovered this way and it is the future of music and it is moving so quickly. Technology is changing and anyone serious about their music has to keep up, because it is a great way to build a fan base.