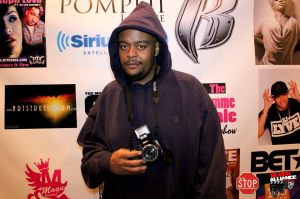 It has been three years since Bronx native, Chi Boogie launched Heavy Dedication TV, during his time in Virginia. The music video has evolved over the years to now become one of the most-searched terms on the internet. Such outlets as YouTube have made it less difficult for videographers. Chi Boogie used this to his advantage.

Heavy Dedication TV has become more popular in recent months and is hoping to have a breakout year in 2012. Many only know of the brand name and not of the man who is making all of this possible. Last week, Hip Hop Vibe revealed a new business arrangement with Heavy Dedication TV, and now Hip Hop Vibe is revealing the man behind the popular DVD series.

What inspired you to launch your own DVD series? Being on the grind and getting that footage. After doing this, I decided to launch the DVD series. I already had the Heavy Dedication TV name, so I decided to do it. I was getting interviews already, so I made it into something.

Are you inspired by big-name hip hop video producers, such as Benny Boom and Hype Williams? Yeah. Hype Williams and all of the other guys who produced big name videos have inspired me. Mills Miller,Â Da Inphamus Amadeuz, and those guys were also big inspirations for me.

Where did you get the name ‘Heavy Dedication’ from? It was something I came up with. I had the HD camera and the popular term for TV shows is now HDTV, so I decided to name this my brand. My dedication was already heavy, so everything went perfectly together.

How did the Rick Ross drop come about? I was doing promotion for Def Jam, I was a member of their Virginia street team. We were doing promo runs and the rep for Def Jam, Tre Stylez, and we had the mix-and-meet. There, I had a chance to meet different artists and all the media was able to get drops. Heavy Dedication TV was the first to get that drop.

Can you talk about the other celebrities you have done work for? Mobb Deep, D-Block’s Bully, Styles P, and Sheek Louch, who is featured on the first DVD. I was doing promotion for Sheek, which is how that came about. Rob Salese is another person I have worked for.

Tell us about the independent artists you have worked with? I have also worked with Chole VA, she’s from Virginia and on the first DVD, Absol00tÂ da Rapper, who is from the Bronx, he’s on the DVD. The whole N.S.A. fam Northside 175, shout out to them, they are on the first DVD.

What does the future hold for Heavy Dedication TV? More videos, more DVDs, more magazine features, a movie, some TV shows, of course, I have a segment on “It’z a Go TV,” which airs on cable television. I’m setting up Vol. 3 and might do a South edition of HDTV.