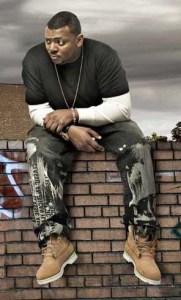 Alternating between the names of Kon Artis and Mr. Porter, the D12 member has been one of the most-reliable producers on Shady Records. At times, Mr. Porter has also served as a producer for Dr. Dre’s label, Aftermath Entertainment. While many may not know him for his own rhymes, Mr. Porter has served some memorable beats.

However, as stated on the breakout 2004 hit, “My Band,” the members of D12 want their own shine. The only way to get this is by launching a solo career. Many felt the second D12 album would lead to the members releasing solo albums. This was halted when Eminem took a break from recording music, a year later.

For three years, now, Eminem has been back in front of the public eye. After two successful releases of his own, the Shady Records crew, which has a noticably different roster, will be taking the limelight. The label has already released a new project from Yelawolf, with Slaughterhouse being next. Now, the workhorse of Shady Records, Mr. Porter, will be releasing a new album, tHe mEmO.