Fans have supported Rick Ross because he was the ultimate underdog. From the beginning, he was a long shot, but he defied the odds. Even though he landed the major label deal, not many could have predicted he would earn the “boss” status he currently holds. Safe to say, those who doubted Rick Ross were wrong. Those who still don’t believe simply should look the rapper up and see all the new music he has out.

Since the days of Run-DMC and other old school hip hop artists, popular music has only been one part of the act. The other part comes with endorsement deals, which Run-DMC, LL Cool J, and others had. Then, during the 1990s, Jay-Z and Puff Daddy, now known as Diddy, turned things up a notch, by launching their own companies. The one thing Rick Ross has been lacking has been an endorsement deal.

Everything Rick Ross has lacked, he has loaded up on over the past year. Rick Ross did not have a solid distribution deal for his record label, but he soon landed a deal with Warner Bros. Records. With the record label set up, the boss has gotten back on the ball. Now, Rick Ross has a new partnership with Reebok. 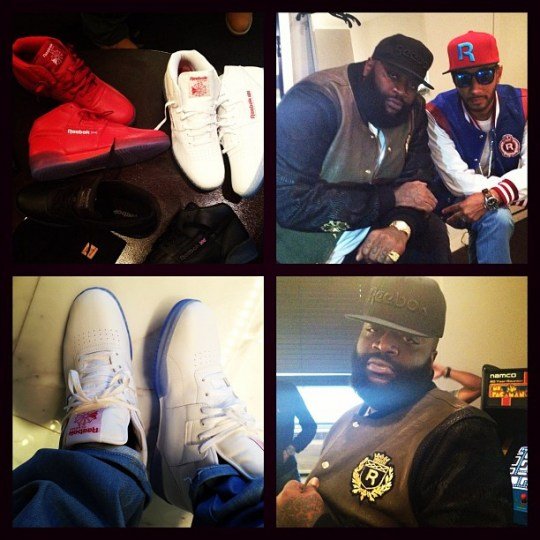