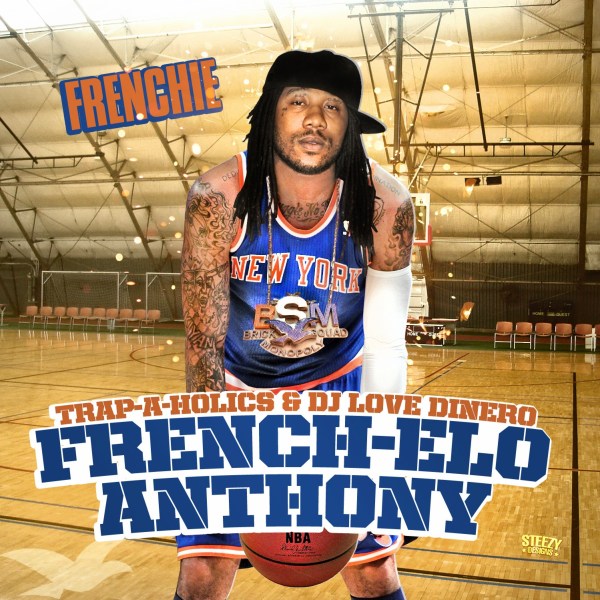 The connection between the sports world and hip hop was never more evident than the 2012 NBA All-Star Weekend. Many of the big-name rappers all went down to Orlando, enjoying their club scene before the elite players of the NBA competed.

Brick Squad Monopoly artist, Frenchie, is among the many rapperÂ NBA fans. While he is a member of the Southern-based movement, he is originally from Jamaica, Queens. Because of this, Frenchie is a New York Knicks fan, and has named his latest mixtape, French-Elo Anthony, after Knicks’ star, Carmelo Anthony.