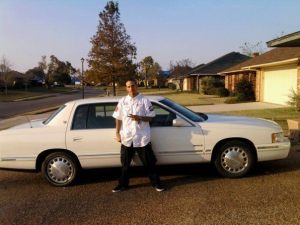 Propane (The Savage Prince of Boss City) has taken matters into his own hands, career wise. Representing the Louisiana hip hop scene, Propane has been releasing albums independently for years. Propane has enjoyed strong internet sales and growing media attention. His style is respected by those who know him, but many do not know he was also heavily inspired by B.I.G, as he is currently promoting his new singles.

Earlier today, Hip Hop Vibe caught up with Propane (The Savage Prince of Boss City), who is currently on tour, to ask him what he admired the most about The Notorious B.I.G.

Read the entire statement below:

“I admired The Notorious B.I.G.’s wordplay, his style, and his stage presence. Biggie was, lyrically, ahead of his time.” – Propane (The Savage Prince of Boss City).

Waka Flocka Flame given Cease and Desist letter by The State of North Carolina
XXL presents… The Notorious B.I.G.’s “Life After Death” By the Numbers