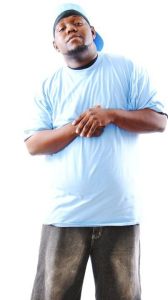 The rap game, and hip hop overall, has gone through a series of changes over the past fifteen years, with many rappers enjoying the title of number one. Fifteen years ago, today, hip hop was just learning their current leading man, The Notorious B.I.G. had been gunned down. Many years have gone by, but in many ways, hip hop continues to live in the era of The Notorious B.I.G. in the years following his death.

When P.O. was asked about The Notorious B.I.G.’s impact, he provided his own unique spin on how he feels the game would be played today, without him.