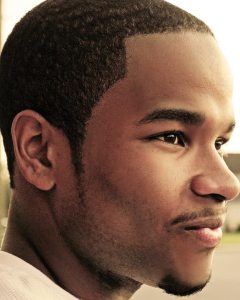 People die. Death is the ultimate downer of this beautiful thing, which has been labeled “life” by mankind. One thing remains the same in every culture and every niche, however, everyone believes it is important to leave a legacy behind after death. The Notorious B.I.G. learned about death, on a personal level, at a young age. However, the music he made when he was alive has lived on.

Kid Comz was barely in Kindergarten when The Notorious B.I.G. died, but has still grown up, influenced by Biggie’s style. Currently, Kid Comz is making his own moves in the rap game, on the independent scene. His “Get Off” single was released back in December and the music video has been filmed and will be awaiting release. In the meantime, Kid Comz has been treating the fans with a number of other songs.

But, on March 9, he has taken some time off to reflect on a true legend in the game. Kid Comz recently spoke with Hip Hop Vibe about how The Notorious B.I.G. has inspired him.

“The Notorious B.I.G. taught me the importance of commercialism in hip hop. He was able to tell the stories of the streets over commercial tracks and I idolize that and try to use it to the best of my ability. What made B.I.G. great, in my eyes, was that he told his story through his music and blended it with enough flavor to attract a large audience. Other rappers have done the same thing, but it was B.I.G. who touched the world and that makes him timeless, in my opinion.” – Kid Comz.