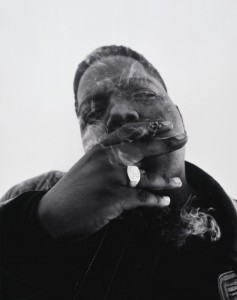 Social networking is one indication of how much things have changed since The Notorious B.I.G.’s death. When he was promoting his music, there were no internet media outlets. During his run, there was barely the internet. The 1990s were considered the golden era of hip hop to many because of the elements which surrounded it. There was hip hop clothing, the music, and the debates, which were argued upon on the streets and in barber shops.

In the 1990s, the way to reach a person was by meeting them in person, primarily. Now, people from all over the world can network. Following his interview with Hip Hop Vibe, P.O. posted his interview to his personal Facebook page. A few of his Facebook friends then left comments on the post. The comments from P.O.’s Facebook friends were their own opinions of the legacy left behind by The Notorious B.I.G.

Throughout the rest of today, there will be more fans on Facebook and Twitter discussing the legacy of B.I.G., along with the same arguments taking place in barber shops and on street corners.

Read the entire comments below:

“there isnt many words to describe the impact biggie had on the rap game…he cemented his legacy and it still lives on till this day…its a great pleasure to be able to say im doing something that a late great pioneer was able to do…not many ever get to say those words.” – John Paul.

“biggie lyrical content, his swag and his energy he brought to the rap game at that time he was the east coast and he left a legacy but left too soon but his music speaks for itself and as u see his name is still brought up today so that shows how much of a impact he has on the industry.” – Julian Swagtac Harris.