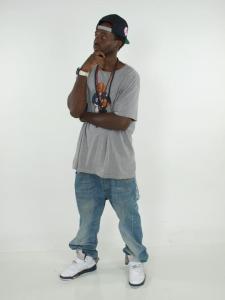 To know where one is headed, knowing where one has been is required. Despite what many critics say, hip hop is in an overall good place. There are many artists who have been disappointing, over the past few years, though. In the future, there will be more disappointing artists, but there are also many bright, young stars. Chox-Mak is among the bright stars in the game.

The Jax City Entertainment CEO has been gaining popularity over the past few months and is currently pushing his new single, “The One For Me.” With the new project in the works, Chox-Mak is hoping to break into new markets. The rapper is currently working with Bunty Beats, a producer in the United Kingdom.

“Fifteen years after his death, hip hop still misses The Notorious B.I.G. Today, there are still people who bang his music. Even if you were not a fan, people should respect a legend who was taken from this Earth before he was able to reach his full potential.” – Chox-Mak.

Continue Reading
You may also like...
Related Topics:bunty beats, chox mak, jax city entertainment, the notorious b.i.g., the one for me