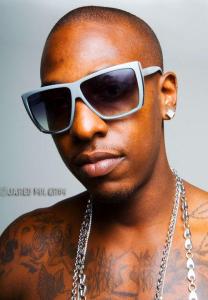 In many of Ray J’s music videos, on his television shows, and other projects, Shorty Mack was often one of the guys in the background. Being the second-in-charge to “the man” is a very lucrative role, but everyone, at one time or another, dreams of being number one. Shorty Mack has been by the side of Ray J throughout his career, which spans twenty-one years, but he is now going solo.

Shorty Mack has been making his own music for years, but has not had the chance to sign. But, now under new management and with new goals in mind, Shorty Mack is preparing to take over the game with his new music. The entertainer has been around for years, but he is now officially introducing himself to them, saying they will never forget him.

Over the years, you two have built a brotherly relationship? Yep.

You also had a recurring role on “Moesha,” can you talk about that? Yeah. I got on the show, I was doing music and had a record deal, at the time. I was doing school, periodically, at the time, but my focus was on the business. I used to be on the set with Ray J, and as soon as he was added to the show, they asked if I can act. I went to acting school, did my thing, and made to show. Shout out to Lamont Bentley, who played Hakeem, who died in 2005. The years at “Moesha” was the best years of my life, we need some television network to pick those episodes up.

While you are known for your partnership/friendship with Ray J, can you tell us more about Shorty Mack, himself?
Yeah. I co-created Knockout Entertainment, so I am more than an artist. I work right beside Ray J, I am a musician, an actor, a Mack (laughs). I keep it all the way real, I keep it 1 billion on these people. I have some new projects in the works.

What business ventures are you involved in? A new label, new management, K.O.L.A., which stands for Kings of L.A. I am still with Knockout, I will be with them for life. But, it is time to move on, because I have established myself there. I have another legacy to build and now am working with Pete Farmer, who helped me get my first record deal. Before I knew Ray J, I knew him. I met him at a very young age and now, we’re back together. He is helping me with the new movement and now I am bringing the thug element back, everbody is too friendly right now. I don’t need friends, so I am going to shake things up.

When can fans expect to hear new music from Shorty Mack? I should have an album out, by the summer. Within the next two months, three tops, two singles should be released from me on a major scale. I’m not talking just viral, I mean Tim Westwood, BET, MTV, and all over “106 & Park.” These singles will be on radio stations all over the place.

In what way could you explain you career, you have enjoyed a twenty-plus year run with one of the most-talented entertainers in recent years? It has not been easy. There has been hard times because we are not where we want to be at. Nothing is good right now. I was here before the before, so I see it so much bigger than where it is at. I see a lot of struggle and no retribution and no one understands what the struggle was for. We have to go harder and show the world we are the truth. We have been around for years, but we have not reached the levels we should have. I am thankful, but I am not happy. We have to get things going, make our people happy. Once our people are happy, I am happy. It is time to really go get it now.

Seeing how you have done both rapping and acting, which would you consider yourself, if either? Oh man, I am more of a rapper, way before that. Still, I love the acting, it’s really all a game. I prefer to do music, because it is not an act. The emotions that come out of the music is really me and I capture that time. When I am doing music, I have a chance to really do emotion. I make music, not freestyles, even though I can. Me, I’d rather take the time to craft my project and people feel my music, it’s hot. I take the time to come up with a concept and I am doing everything the right way.

Can you explain the feeling surrounding your new projects at the current moment? It is real thug, it’s on that whole Tupac vibe, “California Love” vibe, like Ice Cube when he was reckless. It’s not thug club music, it’s not about the “bling,” I have those records, but my stuff is really thug on my album. This is one of the top five records that was ever made.

Is there anyone you would like to shout out? My fam, all my fam. Rio Appling, K.O.L.A. (Kings of L.A.), Knockout, Swanky Boy, God, DJ YRS without a doubt, always holding me down. It’s time for us to collect revenue and we’re going in for Grammys baby. Shout out to Hip Hop Vibe. It is what it is.