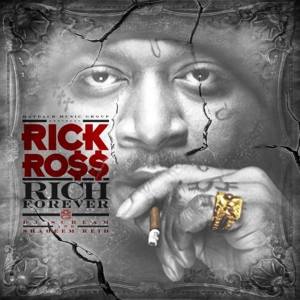 Usually, January is the slow time of the year for hip hop. At this time, artists are fresh off their fall releases and are around performing their music. Rick Ross was supposed to be enjoying this time, basking in the success of God Forgives, I Don’t. However, suffering two seizures two months before the album release led to Def Jam forcing him to delay his album.

In December, Rick Ross announced he would make it up to fans with a new mixtape release. Rick Ross decided the mixtape would be titled Rich Forever, named, perhaps, after his successful run in the game. The mixtape would have a major impact on the early stages of 2012. “Stay Schemin'” was the first single off the mixtape and it was the centerpiece of the Common/Drake feud and French Montana was on the track.

However, there is much more to Rich Forever than “Stay Schemin.'” One of the standout tracks off the mixtape was “Party Heart,” which featured Stalley and 2 Chainz. Chuck Inglish is behind the track and he recently discussed the production of the track.