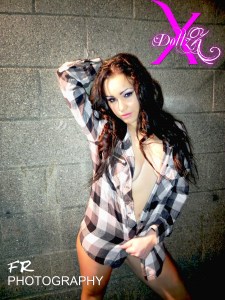 There are many faces a person sees throughout the course of a day. Even those who rarely leave their home watch television or search the internet. Upon viewing the media, people will run across faces. One face people in Connecticut may have seen in person will soon be popping up on television and the internet. This face is on the left side of the screen.

AnnaMaria is a native of New York and is one of the rising pretty faces in the hip hop world. She has already appeared in a music video with Jadakiss and has more in the works. In a world focused more on capitalizim than ever before, AnnaMaria is up to the challenge. Just like the rappers in the music videos, she is looking for the check.

Definitely an ambitious woman, Hip Hop Vibe was fortunate to have a conversation with her earlier today. AnnaMaria discussed a number of topics with Hip Hop Vibe. AnnaMaria is currently working with Fortified Records.

How did you find Fortified Records? My manager Rick DiMichele works with Paul from Fortified Records in bunch of different projects. He introduced us and from then on out we built a great relationship. His photography division is very unique and the quality of the photographs are amazing.

What is your most outrageous modeling story? Well, I went to a major magazine party and on the limo ride home lets just sayÂ a number ofÂ drinks went by and it was more like models gone wild! One of the craziest nights ever.

Would you be willing to take nude photos if the opportunity presents itself? If the money was right, then of course.

What are your interests? Fortune,Â fame, modeling, my kids, music, andÂ dancing.

Do you like acting?Â Â Love acting. I love pretending to be something im not, thats always fun. I love being in a fantasy world.

Could you see yourself playing any type of sports? Yeah, of course. If you consider dancing or gymnastics a sport, definitely, or baseballÂ and volleyball because I’m a hard hitter, and a fast runner.

If you were not modeling, what would you be doing? Honestly, I haveÂ always wanted to be a private investigator. I over analyze alot of situations and have a lot of attention to detail soÂ I could see my self doing that.

See additional photos of AnnaMaria below: 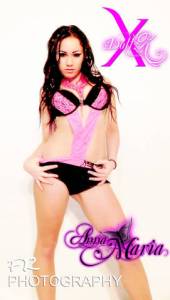 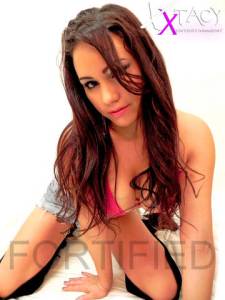 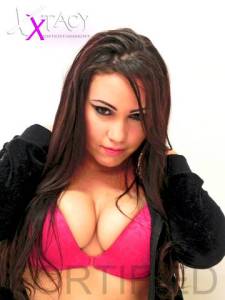