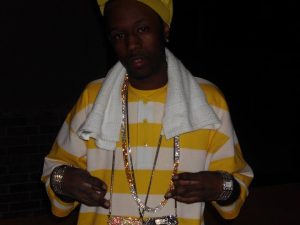 Earlier this week, Hip Hop Vibe announced the Bring it Back Tour and now Hip Hop Vibe is introducing the man behind this tour. Youngzta C has been releasing music on the local Shreveport hip hop scene for years. Instead of waiting for the major labels to come, Youngzta C has taken matters into his own hands.

Hoping to branch out into other markets, Youngzta C teamed up with several other Shreveport-area rappers, including Propane (The Savage Prince of Boss City). These rappers have come together for the Bring it Back Tour. The tour is named after the popular song, which features both Youngzta C and Propane, while produced by Phunkdawg Exclusive, known for producing for Hurricane Chris.

Youngzta C revealed to Hip Hop Vibe why he started the tour and what he intends to accomplish, both with the tour and with his new music.

What inspired you to start your own tour? When you’re from a small area, where everyone has the same goal in mind, becoming the next big rap star, it is difficult to stick out. There is a lot of talent in this area and there are many connected DJs, promoters, and artists who could help me enter the industry if I asked them to. However, I would rather take matters into my own hands, which is why I have decided to do this tour.

Who will you be touring with?h I have an all-star team lined up. Damien Haze, Young Slumm, Young Psych, Propane, Tezzy, Studd, P.O.T, Xstroydinary, maybe have a few more artist that will be added to the roster soon.

How many dates do you have lined up? So far, there are six dates lined up, but I am working daily to have more lined up. Hopefully, we will be able to tour the entire United States.

Do you see yourself doing more tours in the future? Why stop? I see myself doing numerous tours in the future. The fans love when I come to town, because I provide a real show, as opposed to a simple performance. I love the reaction I receive from fans, so I will continue going out to meet them.

Have you ever viewed your young age as a limit? Even though I am 24, I have the mind of an older person. I have always been the studying type, always thinking of something. Before I do anything, I research the situation, so my age should not stand in the way of me making wise decisions.

What does the future hold for Youngzta C? In the future, look out for Youngzta C mixtapes and albums that will shock the world. Also, look out for the artists I have signed to my label. Plus, with a manager like Dave Cole behind me, there is no guessing what my next move will be, but it is promised to be the best move.

Continue Reading
You may also like...
Related Topics:bring it back, bring it back tour, damien haze, hurricane chris, phunkdawg exclusive, propane (the savage prince of boss city), youngzta c