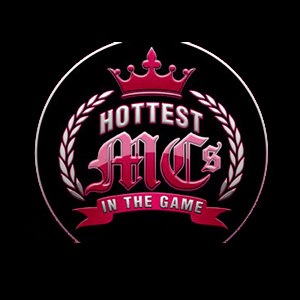 For those who missed it, Rick Ross was named MTV’s Hottest MC in the Game on the sixth installment of the annual countdown of hip hop’s central figures. While Hip Hop Vibe has already posted MTV naming Rick Ross the top emcee and his response, the numbers five through two of Hottest MCs in the Game were missed. Throughout the week, the list of rappers have been posted.

Maybach Music has been featured on the list twice already. Wale checked in at number ten, credited due to his triumphant return in 2011. Meek Mill, who dominated the rap game, through his mixtapes, represented Maybach Music, gaining more popularity than Wale. He made the list at number seven, right behind Jay-Z. Eventually, Maybach Music would cap off the countdown with Rick Ross being named number one.

Following Jay-Z at number six, his current rival, Lil Wayne, was named number five, being bumped out of the number four position by his own Young Money artist, Nicki Minaj. While he was in prison, Lil Wayne delivered a holdover album, I Am Not a Human Being, which was a tremendous success. The album did well, but the presence of Lil Wayne was missed. In 2011, Lil Wayne made up for this, with his “6 Foot 7 Foot” single, while released in 2010, became one of the first hits of 2011. Wayne would post other hits, such as “John (If I Die Today),” “How to Love,” and “She Will,” before the end of the year.

While Lil Wayne had 2011’s highest-selling album, he did not have the dominant run he had in previous years. However, Lil Wayne has been the most-popular rappers in the game for years now. Through his own buzz, Lil Wayne established several artists. Among them is Nicki Minaj, who has been highly-anticipated since her Pink Friday debut. The music from her 2010 debut album made Nicki Minaj into one of 2011’s most-popular albums, with her songs still charting. Because of this, the “braintrust” decided to move Nicki Minaj up to number four, saying Lil Wayne rode Drake’s wave in 2011, despite initially lighting his fire.

Kanye West returned to the public eye during the summer of 2010, with the release of his “Power” single. The song would be followed in the fall of 2010 by Kanye West’s Grammy-nominated album, My Beautiful Dark Twisted Fantasy. Despite being released in 2010, the album would not have a big impact until 2011. Such singles as “Runaway,”Â “All of the Lights,” and “Monster” had more success in 2011. Initially, Kanye West announced another solo album, set for 2011 release. This did not happen, but the long-rumored Watch the Throne album did and it proved how influential Kanye West and Jay-Z are, as every song off the album was sampled by other rappers.

Before he became target practice for Common, Drake had a dominant year in 2011. The Young Money rapper experienced mainstream success in 2010, but burst out of Lil Wayne’s shadow in 2011. Drake was featured on several records, including the DJ Khaled summer smash, “I’m On One” and had an impressive feature on Lil Wayne’s “She Will.” In the months before his Take Care album was released, Drake released many songs, which were met with positive reviews. When his album was finally released, fans could not wait to hear it, along with the critics, which led up to the fiasco, which ensued early in 2012.

Continue Reading
You may also like...
Related Topics:all of the lights, common, dj khaled, hottest mcs in the game, how to love, i am not a human being, i'm on one, jay-z, john (if i die today), kanye west, lil wayne, maybach music, meek mill, monster, mtv, mtv2, my beautiful dark twisted fantasy, nicki minaj, pink friday, rick ross, runaway, she will, take care, wale, watch the throne, young money