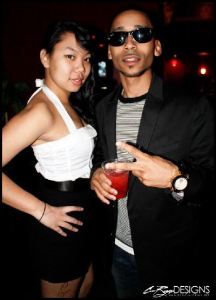 One of the rising rappers out of West Virginia is T-Mack. The West Virginia hip hop scene is underdeveloped, but this will change if T-Mack continues to work as hard as he has been working. Among the people T-Mack has been reaching out to have been Tone Trump, Brisco, and many others. T-Mack has his hands in several pots.

Alongside his rapidly-growing music career, T-Mack is also promoting the hip hop night at the Red Cafe nightclub in Charlestown, West Virginia. Fresh off the release of his School Daze mixtape, T-Mack has established himself as the top emcee in the West Virginia area. While he is still rising, T-Mack is on a first-name basis with many of the popular rappers in the game.

As a promoter, T-Mack has helped many rappers get their buzz going in his area. Of all the indepedent artists in the game, not many have the true independent buzz of T-Mack. Many other independent hip hop artists have some major push behind them. With T-Mack, he is the major push behind himself. Recently, he discussed his growing career with Hip Hop Vibe.

How does it feel to be so close to superstardom? I am not that close yet, I don’t want to say that, but I definitely smell it.

If you are not close to superstardom, where do you consider yourself? I consider myself a young man starving, trying to make it. I am not a superstar, until I’m like Jay-Z, sitting behind a desk. I don’t even want to be a superstar, I just want to be wealthy, with my team behind me. Usually being a superstar leads to envy and people disliking you for no reason. I do not want that, but I have enjoyed my experience in the industry.

It is crazy when, because I did not predict I would be hanging out with Tone Trump, Travis Porter, and members of Young Money.

When did you begin gaining the attention of celebrities? During the summer of 2010, June to be exact. I was able to turn heads by being the best-known rapper in the West Virginia area. After doing what I did, everybody was trying to get here.

How long have you been promoting at The Red Cafe? I have been there for two years, this is my second year.

Do you see yourself promoting for other clubs, aside from The Red Cafe? Yeah. I have promoted for a lot of clubs and a lot of places. I have done parties for Rick Ross in Washington, DC. But, The Red Cafe is my home. I decided to stay with my home team, as there is money to be made here. Promoting parties is what basically put me on.

Did you intentially use your party promotion to build your career? Yeah. I have been rapping my whole life, but I decided to learn the business side of the game. When I decided I was comfortable with the business side, I went back to rapping. This is how Diddy did it, he learned the business element and then he released a couple of albums.

You mentioned Diddy. Does he serve as inspiration for you? Growing up, it was between Diddy and Damon Dash, who I idolized. I never admired the rappers and I wasn’t into the Suge Knight thing. Diddy showed people how to come from nothing and make it. He organized a team and made it. I don’t want to work for Diddy, but I want to be like him, even at one point better. At a young age, I have my own team, my own studio, and my own business.

Can you introduce us to your team? I got DJ Schemes, he is on Shade 45, Core DJ. Danger, his brother, Yung. I just added a few more members to the team. We are preparing for our 2012 takeover of the game. Overall, the team is strong and there are a few I did not mention, but they know who they are and they will definitely have a spot when we take over.