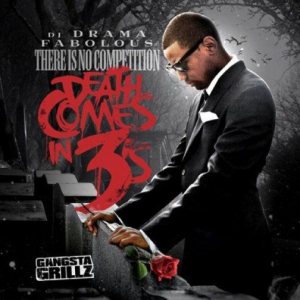 Initially, Fabolous planned to release Loso’s Way 2 in 2010, but when it was clear the album would be facing delays, Fabolous decided to make it up to the fans with a mixtape. The original There Is No Competition mixtape was originally set for a Christmas 2009 release date. The mixtape ended up being delayed several times and released before the end of the first quarter in 2010.

There Is No Competition was so popular, it was considered an album by Fabolous fans who grew tired of waiting on his album. The cult following of the mixtape prompted Fabolous to record a second edition of There Is No Competition. However, this mixtape was also delayed, due to the sub-title, The Funeral Service. At the time, a number of celebrities had died and Fabolous held off in a show of respect.

Fabolous announced a third edition of There Is No Competition, saying it would be the final release in the series. Released in December of 2011, it, like the previous two mixtapes, were met with positive reviews and became another fan favorite. Since the release of the mixtape, Fabolous has been relatively silent, but he recently made an announcement, via Twitter, regarding his mixtape. Tomorrow night, Fabolous will team up with Funkmaster Flex to throw a party at Webster Hall in New York City in celebration of the project.