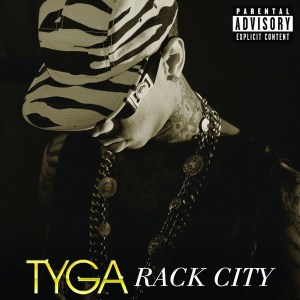 After releasing his debut album the same day Lil Wayne released Tha Carter III, Tyga signed with Young Money. With the label relatively new, Tyga did not release an album right away. In 2009, the label signed mixtape phenom, Drake, and immediately began pushing his project. Nicki Minaj was also signed during this time and she became a focal point.

Meanwhile, Tyga was still on the mixtape scene, along with Jae Millz, Lil Twist, and Lil Chuckee. In 2011, Tyga saw a chance for him to return to the mainstream, so he began recording new music. Tyga released several mixtapes throughout 2011, among the songs released was “Rack City.”

Late in the summer of 2011, “Rack City” was released, becoming popular during the fall of 2011. The success of “Rack City” led to Tyga naming it the lead single of his Careless World album, which has faced several delays. Following the release of the successful music video and the remix, Tyga announced via Twitter, the original “Rack City” has gone platinum.