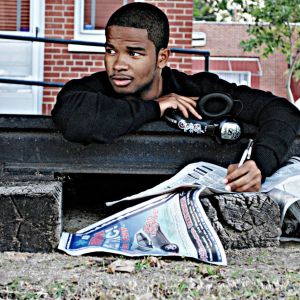 After spending the bulk of this past Sunday with Kid Comz, it is clear he is one of the hardest-working men in hip hop. Last year, Kid Comz released his “Get Off” single, which has become very popular. Building more interest in the single, the Jacksonville, North Carolina-based emcee held a video shoot for the single.

Perhaps the coldest day of the year, Kid Comz did what was necessary to ensure the music video was a success. During Hip Hop Vibe’s time at the video shoot, Kid Comz spoke candidly about his goals for 2012. One theme remained true throughout the conversation, he is ready to claim his spot.

At a time when the hip hop game has become mostly about thugging and partying, Kid Comz is one of the rare artists to have a message. In each of his songs, he is either discussing real-life situations, or he is telling the listener how hard he works for his dreams. This drive is what kept Kid Comz going in thirty degree weather.