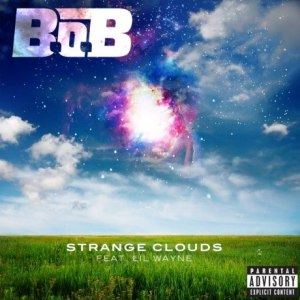 Last year, after seemingly disappearing following his successful three singles released from his debut album, The Adventures of Bobby Ray, B.o.B. announced he was working on a new album. Initially planning to release the album toward the end of 2011, B.o.B. announced the first single, “Strange Clouds,” which featured a verse from Lil Wayne. Before the end of the year, a music video was released and the song was a hit.

While the remix has done well, the original version of “Strange Clouds” has continued to produce solid numbers. B.o.B. will have something to cheer for as he prepares for the release of his album, as the original “Strange Clouds” single recently went platinum. TJ Chapman shared the news with B.o.B. via Twitter, congratulating him on his success.