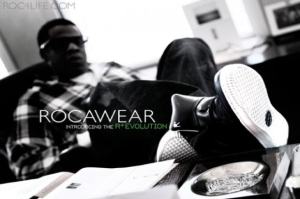 At the turn of the century, Jay-Z did something no rapper, at the time, had ever done when he co-founded Rocawear with former business partner, Damon Dash. Before the launch of their own clothing line, Dash previously tried to get Jay-Z an endorsement deal with a clothing line named Iceburg.

Because of the continued popularity of Roc-A-Fella Records, the Rocawear clothing line was successful. Soon, Jay-Z expanded into several other business ventures and ended up selling his shares of Rocawear. While he sold his ownership in the clothing line, Jay-Z remained an integral part of the brand.

In recent years, however, Jay-Z has been focused on his Roc Nation company and the number of artists who are either signed to the label or are under the management part of the company. Jay-Z has continued to be successful, as he has added the title of manager to his list, which already includes successful label owner. However, since he has shifted his focus away from Rocawear, sales in the clothing line have started to falter. Jay is now returning to the clothing line to give it new life.

Jay-Z is returning to his clothing line and will be starring in the first-ever television commercial for the company. In promotion of the clothing company, Jay-Z will be starring in a series of videos called “Marcy to Madison Square.” The series of videos will chronicle Jay-Z’s rise from selling CDs in Brooklyn to becoming the biggest rapper in the game. With the overall dwindling sales of Rocawear, there have been rumblings of the mogul leaving the company. However, Jay-Z’s contract with Rocawear does not expire until 2014.