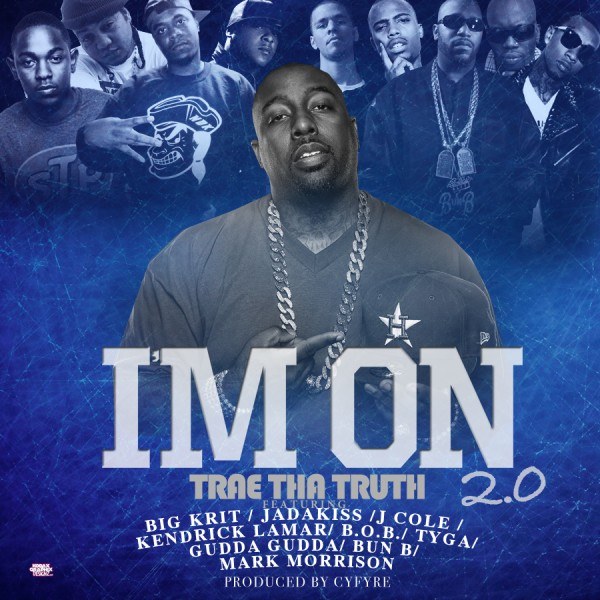 Many thought Trae Tha Truth featured several artists on the original “I’m On.” The original version of the song featured MDMA, Lupe Fiasco, Big Boi, Wale, and Wiz Khalifa. “I’m On” was very popular with fans.

Trae Tha Truth out-did the original version of the song with twice as many artists on “I’m On 2.0.” For the second edition, Trae added Big K.R.I.T., Jadakiss,Â J.Â Cole, Kendrick Lamar, B.o.B., Tyga, Gudda Gudda, Bun B, and Mark Morrison.