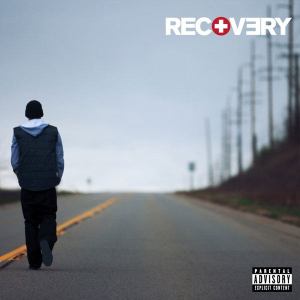 Despite the strong sales of his 2009 comeback album, Relapse, many critics had written Eminem off, as the album was met with mixed reviews. Most critics felt Eminem had waited too long to deliver his comeback album. Hearing these comments inspired Eminem to make these critics eat their words.

In 2010, Eminem returned with his critically-acclaimed album, Recovery. Led by the hit single, “Not Afraid,” Recovery sold over 700,000 copies in its first week. Along with the strong record sales, Eminem would deliver three number one singles to Billboard Hot 100, adding to his legacy.

Recovery was successful well into 2011, as the second part of “Love The Way You Lie,” featured on Rihanna’s album was another hit. In 2011, Eminem would win a Grammy Award because of the success of the album. Throughout 2011, Recovery continued to sell solid numbers.

In the wake of such albums as Watch the Throne, Tha Carter IV, The R.E.D. Album, and Take Care, Eminem has continued to do big numbers from his 2010 album. Now, Eminem can celebrate, as Recovery has gone quadruple platinum. Aside from his Hell: The Sequel album with Royce da 5’9, Eminem was relatively silent in 2011. So far, Eminem will be featured on Slaughterouse’s album, which will be released in 2012, along with the new D12 album.

Eminem is also working on a follow-up to Recovery, but there is no release date planned for the album yet.