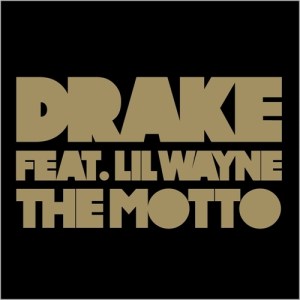 Perhaps more than Tha Carter IV, Drake’s sophomore album, Take Care, was the most-anticipated album of 2011. Drake became a household name in 2010, through the success of his debut album, Thank Me Later. However, Drake had been making a name for himself on the mixtape circuit years before he signed with Young Money.

By the time Drake released Take Care, fans were excited to hear the new music from the rapper. When “The Motto” was released, it immediately became the latest single in a string of hits from Drake. Obviously a major boost in the popularity of the song was a guest verse from Lil Wayne.

All of Drake’s hard work has paid off, as Take Care was recently certified platinum. Now, he can add his single, “The Motto,” to his wall of platinum plaques. With the platinum certification, “The Motto” will land at number sixteen on the Billboard Hot 100.