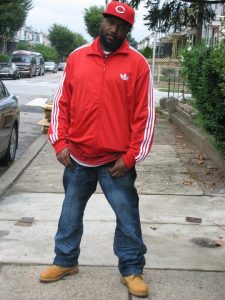 The focal point of hip hop is currently on the rappers and the DJ is often overlooked. However, without the DJ, there would be no hip hop. As hip hop has changed, DJs have continued to play their role, that will never change. In Philadelphia, one DJ making noise is DJ Stash Money. One of the most-popular DJs on the scene, Stash Money is dominating the mixtape game and has his own radio station.

How do you feel about the rise of the mixtape game? In the industry of the independent rapper, mixtapes, DVDs, videosÂ and
internet radio are our forms to be heard and seen. With that being said, the mixtape game is doing well. There are more and more mixtapes on the streets and online now.

What is your take on the feud between Common and Drake? I haven’t really followed the beef, I’mÂ not into that, but, its great for hip hop. We come from battles and disses.

Explain how the role of the DJ has changed over the years? I don’t see a change, I just see people needing to step their game up.
Respect the DJ, you will get nowhere without the DJ.

Do you think the role of DJ has become commercialized? There are many commercial DJs, meaning, DJs who have been signed by record labels. IÂ don’t seeÂ nothing wrong with that, we all have bills.

What led to you becoming a DJ? Actually, being a project engineer led me to being a DJ. RecordingÂ and mixing records and what not, hosting mixtapes, andÂ doing drops for rappers around the country. You can even catch me on some mixtapesÂ LondonÂ and Africa.

How do you feel about the Philadelphia hip hop scene? I love Philly’s hip hop scene. We, as a whole, need to stick together more though. Leave all the animosity at home and come together and work becauseÂ weÂ have some of the best lyricists in the business.

Following Meek Mill, who do you think is the next to blow? Tone Trump.

What projects do you have lined up this year? I have a lot of projects in the works right now, but we are goingÂ to focus on the Philly Goes Hard mixtape series presented by State2State Mixtapes, Out The Stash Radio,Â and Goon Gang DJs.

How many mixtapes do you intend to drop? That number varies because my internet popularity is ever-growing.

Is there anyone you want to shout out? I would like to shout out The Almighty for making all things possible..