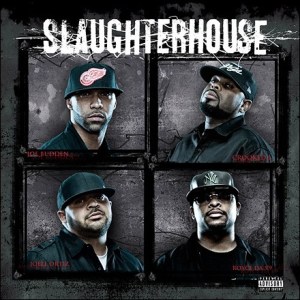 Since officially signing with Shady Records, in 2010, fans of the foursome have been waiting for their Shady debut to drop. Following delays throughout 2010 and 2011, Slaughterhouse members began discussing their sophomore album. With the group confirming their album would be released in 2012, they announced the title of their second album.

Earlier today, Slaughterhouse announced their album will be called welcome to: OUR HOUSE. The album is slated for release this spring, on May 15, 2012. Before Slaughterhouse releases their album, the group will go on tour. The tour will begin on March 8, 2012 in Dallas.

Continue Reading
You may also like...
Related Topics:shady records, slaughterhouse, welcome to: our house

Mike WiLL talks producing records for Gucci Mane, Young Jeezy, Rick Ross, and 50 Cent with XXL
Lil Wayne preparing “I Am Not a Human Being 2” this summer