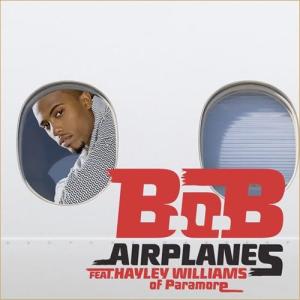 The one bright spot of 2010 for Grand Hustle was the emergence of B.o.B. Hoping to become a rap star, he was signed by Grand Hustle in 2009 and was given a release date by the label when he built enough buzz. B.o.B. came out of the gate making hits, first with his “Nothin’ on You” single and later “Airplanes.”

During the summer of 2010, B.o.B. dominated the game with his Haley Williams-assisted single. The song proved to be popular with fans and critics, rising to number two on the Billboard Hot 100. Once the video was released, it also became popular, as it appeared on several networks, including BET and MTV.

When B.o.B. thinks of “Airplanes,” it should bring back good memories. However, now, when the producers think of the song, it may give them headaches. Jeremy Dussolliet,Â Tim Sommers, and othersÂ are being sued for copyright infringement by Christine Dominguez, a songwriter who said she was cheated out of royalties and is not credited on the song.

While B.o.B., the lead artist on the song, is notÂ mentioned in the lawsuit, Christine Dominguez is seeking compensation from all who profited from the song sheÂ claimed to have written.