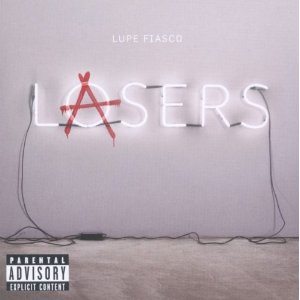 Perhaps the most-troubling album of Lupe Fiasco’s career was Lasers. When he emerged on the scene, in 2006, Lupe Fiasco returned social conscious rap to hip hop. In 2007, Lupe returned with another album, which focused on the issues and less on the party. But, for his third album, Atlantic Records wanted Lupe Fiasco to make the transition into making mainstream music.

Due to his audience, Lupe Fiasco refused and recorded an album to his own liking, which was firmly rejected by Atlantic Records. In 2010, Lupe Fiasco was given the “Nothin on You” track. However, becuase he had no buzz, Atlantic Records took the track and gave it to fellow Atlantic rapper, B.o.B. This move led Lupe Fiasco to contemplate suicide, as he felt his career was over.

Despite all the issues, Lasers came out of the gate strong, selling over 200,000 copies in its first week. With the popularity of the album, Lupe Fiasco regained joy in creating music and began crafting his next album. However, Lasers failed to follow up with the strong record sales in its second week. Still, Lupe Fiasco kept his name out there, with the release of his follow-up singles, “Words I Never Said” and the Trey Songz-assisted summer anthem, “Out of My Head.” Both songs were staples of the spring and summer seasons, which led Lupe Fiasco to record more new music, some of which was released with his Friend of the People mixtape.

Now, in the early stages of 2012, Lupe Fiasco has something else to celebrate. His long-awaited Lasers album has finally gone gold.

Continue Reading
You may also like...
Related Topics:atlantic records, b.o.b., friend of the people, lasers, lupe fiasco, nothin on you, out of my head, the show goes on, trey songz, words i never said