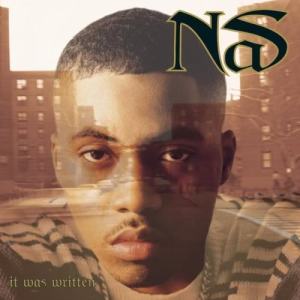 After years of waiting, Nas finally delivered his debut album, Illmatic, in 1994, becoming the voice of the streets. Two years would pass before Nas returned with a new album, but the fans patiently waited for the Queens emcee to return. During the summer of 1996, Nas released his sophomore album, It Was Written.

The album was met with mixed reviews, as many felt it was Nas’ attempt to go pop. Despite the critical acclaim of his first album, Illmatic did not sell very well. Driven by the hit single, featuring Lauryn Hill, “If I Ruled The World,” It Was Written would sell over 2 million copies. Fifteen years later, it remains Nas’ best-selling album.

Even with the commercial success, It Was Written was panned by most critics, at that time, but was later dubbed a classic by many. Despite the critical reaction, Nas told XXL going platinum was a good feeling for him. At the time, Nas had a lot he wanted to say and he now had the audience to express himself.

However, the biggest hit from It Was Written was “If I Ruled the World,” featuring Lauryn Hill. When asked if having her a part of the single helped the album gain better reviews over the years, Nas agreed. At the time, Lauryn Hill worked on a number of records, however, she no longer collaborates with hip hop artists. Nas complimented Hill’s style and said all music ages over time, but he credited his one-time collaborator as the last of a dying breed.

One of the highlights, earlier in Nas’ career, was his minor feud with Tupac Shakur. The controversial rapper took offense to Nas’ “Street Dreams” single, which featured R. Kelly. Tupac Shakur used the same sample for his first 1996 album, All Eyez On Me and accused Nas of taking the idea from him. Nas revealed he had been a fan of Tupac from the beginning and said he never saw their issues as real beef. In Tupac, Nas saw a kindred spirit, so he viewed their issues as a squabble between brothers.

It Was Written surely helped to define a period in time and put Nas on the hip hop map. At the same time, it did alienate many of his original fans, which flocked to Jay-Z. Years later, Jay-Z would play a bigger role in Nas’ career, both as an adversary and as a friend.