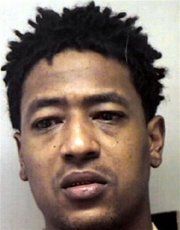 Earlier this year, there was a glimmer of hope for C-Murder. In 2002, the No Limit soldier was accused of second degree murder when a teenage fan fatally shot during a club performance. When the case hit trial, C-Murder was sentenced to life in prison. Throughout this ordeal, C-Murder has had the full support of his brother, Master P, the head of the No Limit family.

C-Murder hoped to return to his family, as they have a new record deal, sometime in 2012. In October, C-Murder’s legal team filed an appeal on the life sentence. The legal team of C-Murder claimed the judge of the original trial forced the jury to find the rapper guilty. There were prosecutors who accused C-Murder of also pressuring the jurors, as he allegedly threatened them.

C-Murder’s legal team wrote, “No DNA. No fingerprints. No gun. No ballistics. No testing for gunshot residue. No incriminating statements. Not one piece of physical evidence directly linking Corey Miller to the shooting. The irreconcilable tales of two flip-flopping, deal-driven and reluctant (to testify) witnesses is the only evidence propping up the state’s case.”

Despite their efforts, C-Murder was denied a re-trial from the three judge panel. C-Murder’s life sentence will continue as planned.

Continue Reading
You may also like...
Related Topics:c-murder, master p, no limit records