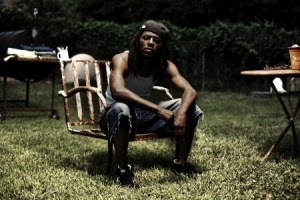 One of the biggest hip hop moves of 2011 happened during the first two months. Rick Ross boasted of expanding his roster in 2011. In a shocking move, he signed Wale, who previously held a deal with Interscope Records, and popular mixtape rapper, Meek Mill. Barely a month later, Rick Ross signed buzzing Atlanta mixtape rapper, Pill, to Maybach Music.

Early on, Pill had a bigger buzz than Meek Mill and even the established Wale. However, when music was released, more came from the other label-mates. By the summer, Meek Mill was featured on Maybach Music’s hit single, “Tupac Back.” While Meek Mill was gaining national fame, Pill continued making hits on the mixtape scene.

Recently, Pill released a new mixtape, which did not feature the Maybach Music logo. This, along with rumors of his frustration with the label, led many to believe Pill had left Maybach Music. In the midst of these rumors, Pill took to his Twitter to announced he was still a signed artist to Maybach Music with no intentions of leaving. Earlier today, however, Pill was singing a different tune, as he boasted of all he has accomplished with virtually no backing.

“No TV and No Radio.. U do the math. I bet u can name you favorite artist and the turn on the tv and see the video and hear it on the radio. Itâ€™s not rocket science. Radio and TV b4 I had a deal, none after and u ask why Pill ainâ€™t blew all the way up. Artist sign deals, label doesnt do shit for them or donâ€™t even know to work the artist. time wasted. Ask Wiz Khalifa what Warner Bros did for him. Iâ€™ll wait.. dropped em. Atlantic signed em put em on TV and Radio and he sky rocketed. Mind you, whn I signed I had one of the biggest records in 09â€² â€œTrap Goin Hamâ€ never touched TV never touched radio. Now go back and do your research and see what unsigned artist was neck n neck with Drakeâ€™s So Far Gone in 09â€² Pill 4180: The Prescription. If I remember tht list correctly. It was Nicki Minaj, Drake, Pill, Wayne, Jeezy. Nw what the hell ws a new cumber like me doin on that list? Because IM DOPE!! Thatâ€™s why, u ainâ€™t gotta believe it but I know it and wonâ€™t ever stop until I get that spot I deserve. Peace. Thanx. Top 10 freshman cover of the New Times, unsigned hype MTV fire starter cover Creative Loafing, German magazineâ€™s, French radio, Jimmy kimmel. Did a movie with Evan Ross and Brittany Snow, Had a documentary air at the UN summit in Geneva, Switzerland, Mark Ronsonâ€™s album, toured. in London, countless shows in the states, Short Films, etc. and that with No TV or Radio. Now imagine some push and TV and radio would do.”