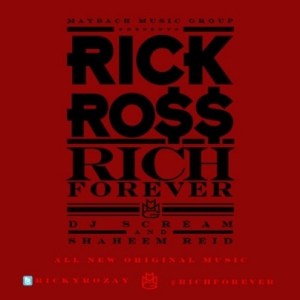 Dominating the 2011 hip hop landscape, fans wondered when Rick Ross would release his own album, God Forgives, I Don’t. Early in the year, Rick Ross informed fans he would soon release another album. However, no longer a minor artist, Ross had risen to become one of the biggest rappers in the game. With this new status came a fourth quarter release date for his album.

Following his appearances of many of the top songs of the summer, Rick Ross announced his album would soon be coming. DJ Khaled and Drake said they heard the album and gave it their stamp of approval. In October, Rick Ross released the first single from the album, the Nicki Minaj-assisted “You the Boss” track. Quickly, the song gained radio play, as fans anticipated the album.

However, two seizures on October 14, 2011 changed things for Rick Ross. While he was prepared to continue recording and performing, Def Jam had other ideas. Elise Neal, a former girlfriend and popular actress, revealed how hard Rick Ross was being pushed by his label. Looking out for one of their biggest stars, Def Jam decided to delay God Forgives, I Don’t from its December 13 release date until 2012. With his album delayed, Rick Ross announced he would soon release a new mixtape.

While there is no release date, Rick Ross recently revealed the cover and title of his latest mixtape offering, Rich Forever.