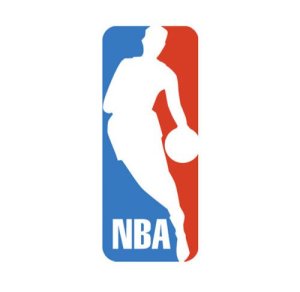 The NBA entered a lockout shortly after the Dallas Mavericks shocked the world, winning the 2011 NBA Championship, defeating the Miami Heat, led by Dwyane Wade and LeBron James. During the 2010 offseason, the mediocre heat cleared their roster in hopes of luring big-name talent to the team. Following their 2006 championship, the Heat struggled to make the playoffs.

Adding Chris Bosh and LeBron James to their roster propelled the Miami Heat, returning them to the elite teams of the NBA. Throughout the season, many predicted the Heat to pull things together and win the championship. Despite their strong play, one team they had trouble beating was the Dallas Mavericks, who swept the season series with them. However, it was the same Mavericks who the Heat defeated to win their 2006 championship.

History repeated itself in the 2011 NBA Finals, as the Miami Heat dispatched the East’s powerhouse, Boston Celtics, and the Dallas Mavericks dethroned the Los Angeles Lakers, led by Kobe Bryant. In a rematch of the 2006 NBA Finals, the Miami Heat jumped out to a 2-1 lead over the Mavericks, before losing the following three games and the championship. After the season, the NBA owners and the players struggled to reach an agreement and the season was locked out.

The NBA lockout continued well into the season with the first month and a half of game play missed. In November, an agreement was reached and the NBA season was given a Christmas tip-off. Tomorrow, the NBA season begins with the Boston Celtics facing off against the revamped New York Knicks, now boasting Tyson Chandler, a former Knick. Dwyane Wade, LeBron James, and the Miami Heat will be visiting the defending-champion Dallas Mavericks, seeking revenge. Derrick Rose will lead the Chicago Bulls into Los Angeles, as they try to get a win against the veteran Lakers. Hoping for a better season this year, Dwight Howard and the Orlando Magic go into Oklahoma City, playing Kevin Durant, Russell Westbrook, and the Thunder.

Blake Griffin, Chris Paul, and the now-explosive Los Angeles Clippers will close Christmas off with their visit to upstate California to play the Golden State Warriors.