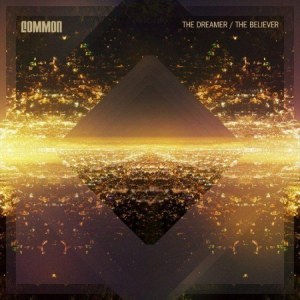 The moral compass of hip hop, Common, finally released The Dreamer, The Believer. Since the album was first announced, Common has gone through many changes. Originally, recording for the album began in 2009. Around the same time Common began recording his latest album, he began filming Just Wright.

All successful rappers eventually branch out into Hollywood and Common was no different. However, towards the end of 2010, Common announced he was close to completing his album, which was given an April 2011 release date. Throughout 2011, Common’s album suffered delays until he released the “Blue Sky” single in October.

Common has been known for making creative music, which is good for the soul. His collaboration with Maya Angelou opened the album and showed longtime Common fans he was back and in true form. Throughout his career, Common has been able to present himself from the standpoint of an intellectual, a route he had ventured away from on his previous album and on his collaborations. Back to providing awareness, Common proved he has a lot left in the tank.

This spring, Common gave longtime hip hop fans what they had waitied so long for with his “Ghetto Dreams” collaboration with Nas. Quickly, the song became a cult classic and is one of the defining songs off the album. Along the way, Common also called out the number of soft rappers in the game, virtually telling them to man-up. The original rappers did not focus on feelings, but the newer generation of rappers have become completely emotional and Common is helping to return hip hop to its roots.

All of the hip hop fans who have complained about missing “real” hip hop, Common has delivered the “real” hip hop. Common’s comeback album, The Dreamer, The Believer is another classic album under his belt, but will likely be known for the controversy with Maya Angelou and with Drake.