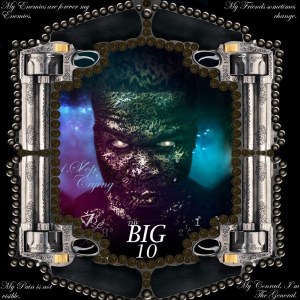 Earlier this week, 50 Cent announced he was working on new music. For well over a year, 50 Cent has been working on his fifth studio album. It is no secret about the issues 50 has had with Interscope Records over the past four years. Following the disappointing sales of Curtis in 2007, 50 Cent said he would likely leave his longtime label when his contract was up.

In 2009, 50 Cent released Before I Self Destruct, which was the lowest-selling album of his career. After the release of his fourth album, G-Unit artists, Lloyd Banks and Tony Yayo were dropped from Interscope Records. During this time, 50 Cent said he would soon be off Interscope, also. When Lloyd Banks completed his third album, 50 negotiated a new deal with EMI Records.

While 50 Cent had set G-Unit Records up at EMI Records, he still owed another album to Interscope Records. After delaying his album from 2010 until 2011, 50 Cent promised fans he would not let 2011 end without an official release of new material from him. With no release date in sight for his fifth studio album, 50 Cent announced a new project, which would come ten years after his mixtape, 50 Cent is the Future. 50 Cent named the new project The BIG 10, which would feature ten new tracks off the album.

Barely a day after announcing the new project, 50 Cent leaked the first new track off the mixtape, “Stop Crying.” With the song generating buzz online, 50 Cent has announced the project for a December 9 release date at noon.