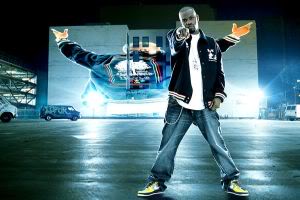 In 2009, Dr. Dre and 50 Cent announced their joint signing of Los Angeles rapper, Slim the Mobster. After keeping a relatively low profile in 2010, Slim the Mobster has emerged here late in 2011. While he is no longer signed to G-Unit Records, Slim is an integral part of Aftermath Entertainment.

Slim the Mobster decided to elaborate on the comments made about Detox. Clearing up the rumors, Slim the Mobster said the hiatus will not have an impact on the long-awaited album. Slim feels Dr. Dre was saying he was going to allow he and Kendrick Lamar more freedom on their projects, following their upcoming debuts. While Dr. Dre has plans of releasing Detox, Slim the Mobster reminded the people Dr. Dre is a producer, not a rapper.

Discussing the history of Detox, Slim the Mobster said the idea was thought of when Eminem first joined the label and expanded when they added 50 Cent to the mix. When the album was initially on the way, the feud between 50 Cent and Game erupted and Dr. Dre was forced to change his plans. Slim the Mobster also pointed out things, such as 50 Cent creating a headphones line, which competes directly with Dr. Dre’s as things that have hindered the release of Detox.

During the interview, Slim the Mobster also discussed how 50 Cent has changed. Making it clear he is not trying to spark a feud with his former boss, Slim said the money has changed 50. Because he is now a multimillionaire, he can no longer rap about life in the streets, because he is no longer in the streets. Slim the Mobster said it is difficult for rich people, even Dr. Dre, to talk about being broke when that is no longer the case.