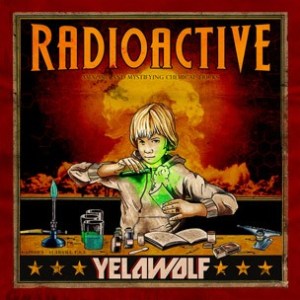 The hip hop mainstream did not quite learn of Yelawolf until 2010. However, upon discovering the Alabama rapper, fans of all genres agreed Yelawolf was indeed the Southern version of Eminem. As Yelawolf began generating bigger buzz and a wider fan base, it was Eminem who signed him to his Shady Records imprint.

Early in 2011, Yelawolf announced he was working on his Radioactive debut album, which would be subject to several delays. Last week, Radioactive was finally released, producing two hits, “Hard White (Up in the Club),” with Lil Jon, and “Throw it Up,” with his boss, Eminem, and Gangsta Boo.

With Radioactive, Yelawolf is able to prove himself as both a lyricist and a storyteller, which defines himself as a true emcee. Those who are listening to Yelawolf for the first time, would easily make the Eminem comparisons. However, those who take the time to listen to Radioactive will quickly learn who Yelawolf is, aside from who he happens to sound like.

Despite this being his debut album, Yelawolf comes off as a seasoned veteran on Radioactive. With such veterans and powerhouses, such as Lil Wayne, Styles P, Jay-Z and Kanye West, and Drake releasing albums this year, Yelawolf is able to stand on his own feet and stick out amongst the giants. Part of his success is due to being signed to Shady Records, but the rest of Yelawolf’s success was driven by his own talent and lyrical ability.

Not only has Yelawolf crafted a classic album, he has also helped re-establish Shady Records outside of Eminem.