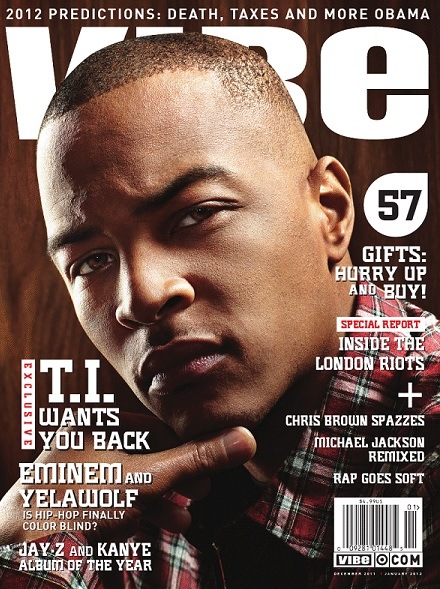 When he was sent back to prison, only months after being released, in 2010, fans had given up on T.I. Despite things not looking good for the Atlanta rapper, he promised fans he would emerge from the situation stronger. Upon being released from prison, T.I. appeared focused on reclaiming his spot.

At the height of his career, T.I. was forced to serve two stints in prison. T.I. blamed both situations on himself and vowed to emerge a better man. Outspoken rapper, 50 Cent, said if he had been in T.I.’s position, he would have made Tiny, T.I.’s wife take the fall for him.

In response to this, T.I. said 50 Cent should not have an opinion about the things in his life. During his interview with VIBE, T.I. talked more in-depth about 50 Cent. T.I. said this is for 50 Cent, or anyone else with an opinion, Tiny has no place in anything he does, as she will not take the fall for him.