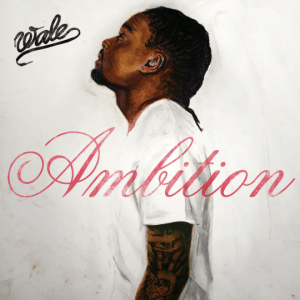 Nearly two years have passed since Wale released his Attention Deficit debut album with Interscope Records. Wale set records for the Washington, DC hip hop scene and had prepared to take the game over. However, Wale did not like the promotion of his label and left in 2010. It was not long before Wale was having long conversations with the ever-popular Rick Ross.

In February of this year, Rick Ross announced Wale had joined his Maybach Music imprint, solidifying his movement. Wale announced plans of releasing new albums every year. The first of this string of albums would be his sophomore effort, which he titled Ambition. Unlike his debut album, Wale does have a number of radio-friendly songs on his new album.

Many were worried about Wale changing his style when he signed with Maybach Music, but this has not been the case. Wale has managed to keep his identity, while meshing well with his new label-mates. His chemistry with Meek Mill and Rick Ross is displayed on his title track. On Ambition, Wale manages to keep his longtime fans satisfied, while also catering to his new fan base, and his music has the ability to draw in new fans. Ambition is easily one of the best albums of the year, a nice alternative to the current music being released.