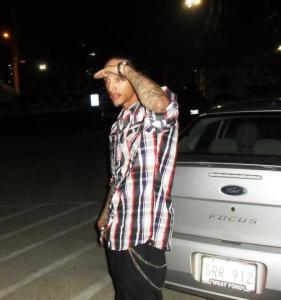 The South has been dominating the hip hop scene for well over a decade. Initially, Atlanta was the mecca of the South. However, in the time since then, New Orleans, Miami, and Houston have all had their run at the top. What has kept the South on top of the rap game is their unity. While some Southern cities have dominated the hip hop game, there are others still waiting on their turn.

Shreveport, Louisiana among the Southern cities still waiting on their turn. In 2007, the city had their big break with Hurricane Chris. Early in 2007, Hurricane Chris released his hit single, “A Bay Bay.” The single did well, as did his debut album, but Hurricane Chris has not been able to match the success he had in 2007. There are several other artists on the scene in Shreveport who are emerging.

Bossier City, Louisiana native, Propane (The Savage Prince of Boss City) has been living in Shreveport for some time. Propane has been in the game, since 1998, and has connections with Cash Money Records, among other labels in Louisiana. Well on his way in the game, Propane ended up doing some time in prison. Now a free man, Propane is currently working on his new movement and pushing his Off Tha Chain Recordz to the next level. Propane is working, in-depth, with the hip hop scene in Shreveport, working with clubs, radio stations, and other local rappers.

Recently, Hip Hop Vibe talked with Propane (The Savage Prince of Boss City) about his past and his new ventures.

You have been making music since 1998?
Pretty much, yeah. I have been involvedÂ with music and radio stations since 1998.

Can you tell us about your current album, The Next Problem?
The Next Problem is an album that tells how I want to come in the game. Production comes from my cousin, Cory Gray, he is on MySpace and Facebook. He sent me twenty-one beats and let me choose the ones I wanted and this became the first tracks from my album. Some lyrics were new and others came from rhymes I wrote while I was locked up. I wanted to be that problem, the next artist from Bossier City/Shreveport to take over and begin dominating the game.

On the cover of the album, I am in a hoodie looking as if I was ready to battle. My name is Propane (The Savage Prince of Boss City). I named myself this because every rapper claims king, but I called myself a prince because I am next up. Propane is flammable, so it goes well for the wordplay. My presence will not be subtle, I am going in. I brought this with my lead single, “I’m A Bring It.” My next single was “I’m A Do It Good.”

Both songs did well, getting numerous sales and downloads. I reached number two on TheSpotRadio.com in Miami. I had my song played on 103.7, it was on 94.5 in Shreveport/Bossier. I was on KHAMRadio.com, TheSpotRadio.com, 103.7, and 94.5, KSCL, where Code Lane was the DJ. I still work with these radio stations, so I can still be found. Fans should go to these stations and request my music.

How long have you known Code Lane?
I have known Code Lane for nearly two years. We have done shows together, we performed in Texas with KHAM Radio and we have recorded on several tracks together. My wife introduced us, her nickname was Savage Princess long before I was the Savage Prince. He produced one track for me, “Savage on ‘Em.” That song was the anthem, telling the people about the Shreveport/Bossier area, I invited them to my world, as the Savage Prince. Back in the mediveal times, there were knights and warriors and I was letting them know how I do.

Code Lane was not on that track, but he did collaborate on my club track, “Throw Your Hands Up.” The song is a friendly, feel good track. From there, Code Lane and I have been working together on music and promotion. Together, we intend to make history. Now, he has his Baby Hollywood movement. He is doing commercials, which air on MTV, VH1, KTAL, KXJ, channel 45 down here, and KNSS. My commercials have been placed on these channels, with the help of Code Lane. On my current album, I have been able to make all of these rounds.

How important is Code Lane to the growth of the Shreveport hip hop scene?
Code Lane is instrumental for expansion in Shreveport. The reason I say this is because he represents the area to the fullest. He produces, he is an on-air personality, he is a performer, he is a hell of a proposer. Most importantly, Code Lane has the connections and he is a great producer, he gives back, he is even an excellent dresser. Code Lane does flyer work, he helps get artists connected and he is the founder of Camo Down Ent.

He is definitely a forefront artist down here. Code Lane knows all the groups down here and he has connections in Texas and Florida, sharing some connections with me. As an artist, producer, or just a businessman, Code Lane is going to have a major impact on this area, especially through the internet. Code Lane is helping to make all this happen, he is a curator for this area, as am I. People can definitely go to him and he will help get you out there.

What are the top radio stations in Shreveport/Bossier City?
The top radio stations, from my viewpoint, are 99.7, 103.7, and then KHAM Radio, the internet station. Also, 94.5 is a great outlet, they play a mixture of all music, but you know they have hip hop playing. 103 and 99, on the other hand, dominate the radio waves. KHAM dominates the internet radio and the overall Shreveport/Bossier City scene. KHAM Radio has it going on and they may soon branch out into regular radio, in addition to doing internet radio.

Where are the hotspots at in the area, as far as the club scene?
For those who want to perform, the best places are KoKo Pellis, they have had Rick Ross, Young Jeezy, majors and locals who have been down there, Lil’ Boosie, Webbie, Trae Tha Truth, Hurricane Chris, Birdman had his birthday bash there and Lil Wayne came through. Gis/Gis, it’s a club for the older crowd, but it is a nice club with a big crowd. They feature contests and offer money, promotion, and the opportunity, it is an upscale club doing very well. Another nice place is The Bistro, which is a local performance hall, they do karaoke and it has one of the bigger buzzes in the city. There are other clubs, such as Chicago’s and Budu’s, Budu’s have had big names, but it is no hot spot.

There are also clubs in our casinos, as Shreveport is home to four casinos. People get on the boats to gamble, but there are clubs out there.

How do you feel about the overall Shreveport area, as in outsiders coming in?
Shreveport was the breeding ground, but they all come back to pay homage. Television production and movies, such as Welcome Home Roscoe Jenkins was shot down here.

What is your perception of Lil Wayne?
I think he is an innovator, I like how he represents for The Boot. We have been unfairly biased from New York and Los Angeles for years. We have been overlooked for Jay-Z, Dr. Dre, and others. But, Lil Wayne has changed this with his own movement. For a long time, people assumed they had to go there for their entertainment. However, Texas and Louisiana has been doing their thing for some time, but Lil Wayne’s emergence has helped us gain ground with the other scenes.

Lil Wayne helped diversify the Southern hip hop scene, as he does a little bit of everything. The South was known for primarily bounce music, until Lil Wayne came through. In Louisiana, there are lyricists who talk about more than selling dope, orÂ booty popping. We have so much more to offer. Lil Wayne definitely helped to shed light on this.

How soon before you drop another album?
My new album, For the Streets, will be released either in December of January. The production on this new album is much more notable. I have bigger names, Phunkdawg Exclusive, who has done major work, he produced “Old Money, New Flow.” Phunkdawg is actually doing my videos, in addition to doing the production. One of my other tracks, was produced by Hot Attic. My album title is not flashy, it is just telling it like it is. It is a step up from my debut album, The Last Problem.

Outside of music, what other projects are you working on?
I am involved in several other ventures, including club promotion, I will be getting up with E-Law to be interviewd on KHAM Radio. I will be at The Bistro and I will be performing at The Warehouse soon. Aside from this, I will be working with Pro Phunk Productions, a video production company.