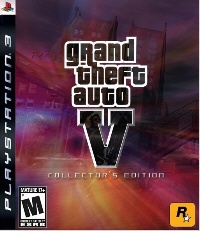 While not originally intended for the hip hop audience, Grand Theft Auto, the video game series, has struck a chord with the hip hop community. Because of the open-ended gameplay and the rise from the bottom to the top, hip hop fans identified with the game. It was only a matter of time before hip hop sought representation with Grand Theft Auto. Rockstar Games, the parent company of the game series, delivered for hip hop.

San Andreas included three cities and an abundance of space between the cities. Never before had so much space been included on a video game and gamers enjoyed the free roam of San Andreas. Once again, they will have this feature, as Grand Theft Auto is headed back to San Andreas. There are rumors of a new city being added to the state, but it is unclear who the protagonist of the story will be, as many are hoping for Tommy Vercetti, of Grand Theft Auto: Vice City. The protagonist of the new Grand Theft Auto V will be revealed in the coming months.