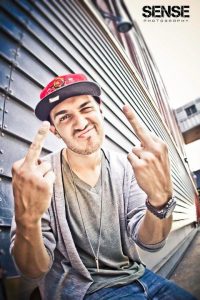 Nearly every buzzworthy rapper on the mixtape scene has either signed with Maybach Music, or is in talks with the label. Rick Ross has added talent from all over the United States. Maybach Music has artists all the way from Miami to Philadelphia to Ohio. Still, he is looking for more talent.

Rick Ross has been courting two rappers from New York in hopes of signing them. Buzzing rapper, French Montana, and Emilio Rojas have been rumored to be close to signing a deal. French Montana is still weighing his options, as he has a buzzing single out. Emilio Rojas recently discussed the Maybach Music rumors.

Emilio Rojas said Rick Ross is like his big brother and he said fans need to stay tuned. However, no deal has been reached, as of yet, between Rojas and the label. Rojas boasted of his skills, but complimented the entire MMG roster, as they all have skills. Speaking on his own style, Emilio Rojas said it is something no label has seen, or would openly accept, at first.